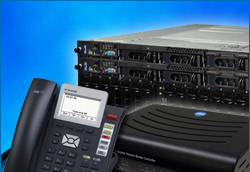 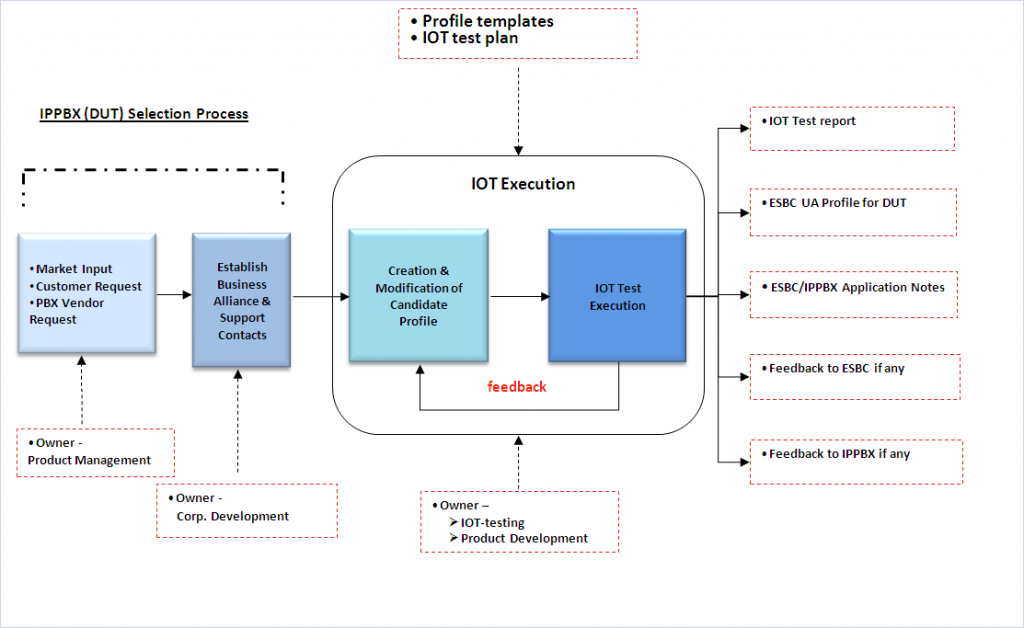 The InnoMedia ESBC IOT is an ongoing program for its ESBC models which targets to include Operator specified IP-PBX models as well as other prevalent models.  The intention is to facilitate field deployment using known configurations on the ESBC when a particular IP-PBX or PRI-based PBX is deployed at an enterprise site. The InnoMedia ESBC IP-PBX IOT follows a well defined process, which  consists of 3 stages:
• IP-PBX (DUT) submission and selection
• IOT execution
• IOT output and feedback

IP-PBX (DUT) submission and selection
There are 3 sources of requests for IP-PBX selection:
• From service provider customer requests,
• Industry drivers
• From IP-PBX vendors
Upon receiving these requests, InnoMedia’s Product Management will determine if the requests will be accepted.  If accepted, InnoMedia may work with the IP-PBX vendor to establish an alliance and tech support contacts during the IOT process and also for future platform/software upgrades.

IOT execution
During this phase, the InnoMedia IOT team will execute a strict set of tests with a set of parameters for the IP-PBX unit under test.  A resulting profile is created which is then incorporated into the ESBC PBX profile list.

IOT output and feedback
A test report is generated at the conclusion of the IOT testing.  An application note is also produced depicting the configuration on the ESBC as well as for the IP-PBX unit being tested.